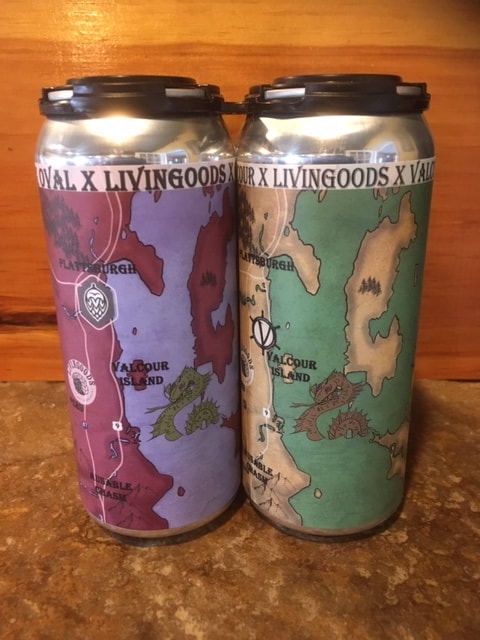 This mix pack includes 4 different hop-forward beers. Each beer was brewed at LivinGoods, in collaboration with us, Oval Brewing, and Valcour Brewing. Here's what you'll get in the mix pack:

Livin' in a Badger's Paradise - 6.6% - Rye IPA hopped with Citra. Collab between LivinGoods and Ausable Brewing

Livin' a Simple Life - 6.1% - English IPA with a touch of honey malt. Collab between LivinGoods and Oval Brewing